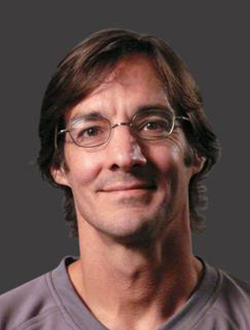 Dr. Saxon received his DVM degree from Iowa State University in 1986. He completed his internship at The Animal Medical Center In New York followed by residencies in internal medicine and emergency medicine/critical care at The Animal Medical Center and the University of Pennsylvania. He is board certified by the American College of Veterinary Internal Medicine and the American College of Veterinary Emergency and Critical Care. He has practiced in the San Francisco Bay Area and owned a critical care practice in Washington DC. He has authored articles on acute abdomen, burn injury, feline cardiomyopathy, drug toxicity, and coauthored the Manual of Small Animal Emergency and Critical Care Medicine. He has been an employee of Idexx for 21 years as an internal medicine and telemedicine consultant leading to his current role as medical educator. 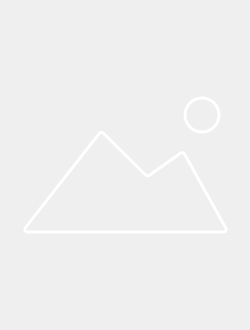 Dr. Eason is a 2011 graduate of Oklahoma State University. Following his DVM degree he completed a rotating small animal internship in 2012 and a cardiology specialty internship in 2013 at the University of Missouri. He then went on to complete his residency in Cardiology at Purdue University in Indiana in 2016 and obtained board certification that same year.

Dr. Eason moved to the Pacific Northwest in 2016 and founded Evergreen Veterinary Cardiology in 2019 providing mobile cardiology services to the greater south Puget Sound region. He has also travels to OKC on a monthly basis, when possible, to provide cardiology services at BluePearl. 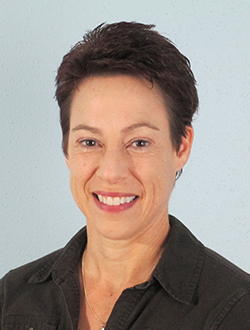 Dr. Haug graduated summa cum laude from Texas A&M College of Veterinary Medicine in 1993. She did a one year rotating internship at Louisiana State University School of Veterinary Medicine before returning to Houston in a general practice. Dr. Haug worked in general medicine and emergency medicine until 1999 when she returned to Texas A & M to complete a residency and Master’s degree in Behavioral Medicine. After her residency, she remained on faculty at TAMU running the Animal Behavior Service until 2007 when she returned to the Houston area to work in a private referral practice doing exclusively behavioral medicine. Dr. Haug currently sees behavior cases at Texas Veterinary Behavior Services in Sugar Land, Texas.

Dr. Haug is a frequent speaker at veterinary and behavior conferences and writes for a number of industry publications. She is an active equestrian and shares her home with her husband, a pit bull mix dog, and an Arabian gelding. 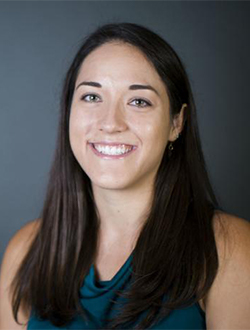 Dr. Lindsey Bullen earned her BA in Chemistry and BS in Zoology in 2008. She remained at NC State for her post-baccalaureate training where she received her Doctorate of Veterinary Medicine in 2012, completed a medical and surgical internship in 2013, a residency in 2016, and a fellowship in 2017. Following her board-certification in veterinary nutrition, Lindsey created the Clinical Nutrition Service at the Veterinary Specialty Hospital of the Carolinas and has been working there since. Dr. Bullen is particularly interested in clinical nutrition application, specifically: critical care, multi-disease state, and assisted feeding. Though she is no longer in academia, Dr. Bullen brings experience and a strong passion for teaching.

Lindsey grew up in a small town near Asheville, North Carolina. Though not quite a full native of this beautiful state, she is happy to still call it home. She currently lives in Apex with her husband, Nathan, and their two boys, 4-year-old, Arthur and 1-year-old, Rowan. 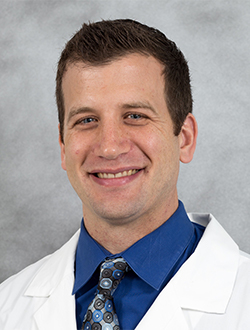 Dr. Benjamino attended Purdue University where he earned a Bachelor of Science degree before going on to earn his Doctor of Veterinary Medicine degree from The Ohio State University College of Veterinary Medicine. Following his graduation from veterinary school, Dr. Benjamino completed a year long rotating internship in small animal medicine and surgery at Michigan Veterinary Specialists in Southfield, Michigan (2004-2005), as well as a year long internship in small animal surgery at Gulf Coast Veterinary Specialists in Houston, Texas (2005-2006). Additionally, Dr. Benjamino completed a three-year surgical residency at MedVet Medical and Cancer Center for Pets – Columbus from 2006-2009, which led to his board certification as a Diplomate of the American College of Veterinary Surgeons in 2012.

While Dr. Benjamino maintains an interest in all aspects of small animal surgery, he is particularly passionate about orthopedic procedures as they pertain to minimally invasive procedures, fracture repair and joint related surgery. His soft tissue interests also lie in minimally invasive procedures, wound management/skin reconstruction and emergency surgical procedures. In addition to his clinical endeavors, Dr. Benjamino is active in research opportunities/publications in both orthopedic and soft tissue topics.

Dr. Benjamino’s favorite part about being a veterinarian is having the opportunity to not only help patients, but also to improve the lives of their owners and families. When not caring for patients, Dr. Benjamino enjoys spending time with his family including his wife, daughter, three dogs and three cats.